The “mVOTE – Mobile Video Object Tracking Engine” is a system implemented in mobile phone to track the movement of the camera and hence the phone itself. With versatile phone movements, user can control and play games more intuitively. Certain gestures and movements can be predefined to trigger specific events, such as making a phone call. The phone can also serve as a pointing device, for example, a mouse for cursor movements and input actions.

IEEE Project Competition 2005, Macau
The competition was organized in University of Macau on 2nd July 2005. It aims to enhance the quality of science and technology environment and provide precious opportunity for exchanging knowledge and experience among different university students.

7th IT Excellence Award 2005 (Post-Secondary)
IT Excellence Awards is a professional initiative of the Hong Kong Computer Society established in 1998. The objective is to give recognition to those students who have developed innovative information and communication technology projects. Those projects could have possible entrepreneurial applications which would benefit the business or the community.

The Asian Leg of Idea to Product TM(I2P TM) Competition
The UT Austin Idea to ProductTM (I2PTM) Competition was founded in 2001. It aims to foster creativity, innovation and entrepreneurial spirit by encouraging students to explore “design ideas” and markets for commercializing technology. 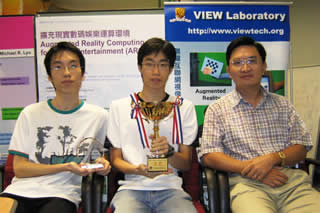 Silver Award of the 7th IT Excellence Awards 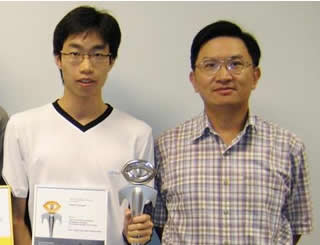 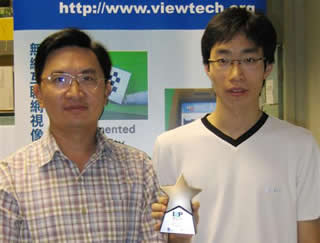 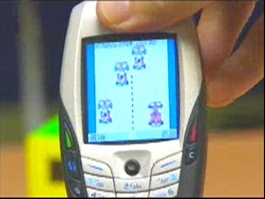 mVOTE
Judges Comments: “A very interesting and innovative solution … could have wide potential applications including using the technology as an input device to assist people with handicaps.”