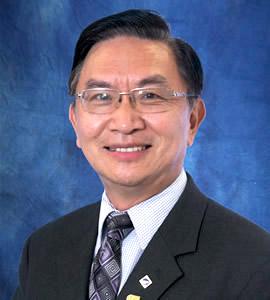 Dr. Michael R. Lyu is currently a Professor of the Computer Science and Engineering department in the Chinese University of Hong Kong. He worked at the Jet Propulsion Laboratory as a Technical Staff Member from 1988 to 1990. From 1990 to 1992 he was with the Electrical and Computer Engineering Department at the University of Iowa as an Assistant Professor. From 1992 to 1995, he was a Member of the Technical Staff in the Applied Research Area of the Bell Communications Research, Bellcore. From 1995 to 1997 he was a research Member of the Technical Staff at Bell Laboratories, which was first part of AT&T, and later became part of Lucent Technologies.

Dr. Lyu’s research interests include software engineering, dependable computing, distributed systems, cloud computing, mobile networking, big data, and machine learning. He has participated in more than 30 industrial projects in these areas, and helped to develop many commercial systems and software tools. He has been frequently invited as a keynote or tutorial speaker to conferences and workshops in U.S., Europe, and Asia.