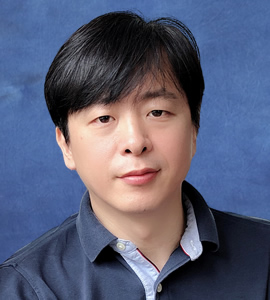 Tsung-Yi Ho received his Ph.D. in Electrical Engineering from National Taiwan University in 2005. His research interests include several areas of computing and emerging technologies, especially in design automation of microfluidic biochips. He has been the recipient of the Invitational Fellowship of the Japan Society for the Promotion of Science (JSPS), the Humboldt Research Fellowship by the Alexander von Humboldt Foundation, the Hans Fischer Fellowship by the Institute of Advanced Study of the Technische Universität München, and the International Visiting Research Scholarship by the Peter Wall Institute of Advanced Study of the University of British Columbia. He was a recipient of the Best Paper Awards at the VLSI Test Symposium (VTS) in 2013 and IEEE Transactions on Computer-Aided Design of Integrated Circuits and Systems in 2015. He served as an ACM Distinguished Speaker for 2014-2020, a Distinguished Visitor of the IEEE Computer Society for 2013-2015, a Distinguished Lecturer of the IEEE Circuits and Systems Society for 2016-2017, the Chair of the IEEE Computer Society Tainan Chapter for 2013-2015, the Chair of the ACM SIGDA Taiwan Chapter for 2014-2015, and the Secretary General of the IEEE Taipei Section for 2019-2020. Currently, he serves as the VP Technical Activities of IEEE CEDA, and the Executive Committee of ASP-DAC and ICCAD. He is a Distinguished Member of ACM.