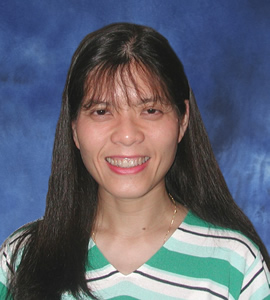 Evangeline Young received her B.Sc. and M.Phil. degree in Computer Science from The Chinese University of Hong Kong and received her Ph.D. degree from The University of Texas at Austin. BTW, she accepted Jesus on Oct 20, 1996. She joined the Department of Computer Science and Engineering in the Chinese University of Hong Kong as an assistant professor and is now a professor in the same department. Her research interests include CAD of VLSI circuits, algorithms, combinatorial optimization and AI. She has served in the program committees of DAC, ICCAD, ASP-DAC, ISPD, GLSVLSI, DATE and the editorial boards of IEEE TCAD, ACM TODAES and Integration, the VLSI Journal. She also served in the executive committee of ISPD and ICCAD. Her research group has won championships and prizes in renown EDA contests, including the 2018-20, 2015-16, 2012-13, CAD Contests at ICCAD, DAC 2012, and ISPD 2015-20 and 2010-11.