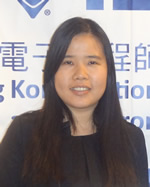 While hand-drawn cel animation is a world-wide popular form of art and entertainment, introducing stereoscopic effect into it remains difficult and costly, due to the lack of physical clues. In this paper, we propose a method to synthesize convincing stereoscopic cel animations from ordinary 2D inputs, without labor-intensive manual depth assignment nor 3D geometry reconstruction. It is mainly automatic due to the need of producing lengthy animation sequences, but with the option of allowing users to adjust or constrain all intermediate results. The system fits nicely into the existing production flow of cel animation. By utilizing the T-junction cue available in cartoons, we first infer the initial, but not reliable, ordering of regions. One of our major contributions is to resolve the temporal inconsistency of ordering by formulating it as a graph-cut problem. However, the resultant ordering remains insufficient for generating convincing stereoscopic effect, as ordering cannot be directly used for depth assignment due to its discontinuous nature. We further propose to synthesize the depth through an optimization process with the ordering formulated as constraints. This is our second major contribution. The optimized result is the spatio-temporally smooth depth for synthesizing stereoscopic effect. Our method has been evaluated on a wide range of cel animations and convincing stereoscopic effect is obtained in all cases.