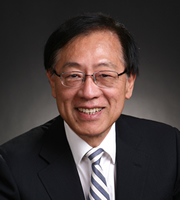 Professor Andrew Chi-chih Yao, world-renowned computer scientist and the first Chinese scientist to receive the prestigious Turing Award of the Association for Computing Machinery, the highest honour in computer science, has joined our Department as Distinguished Professor-at-Large.

The prestigious Turing Award is presented annually by the Association for Computing Machinery (ACM) to a selected individual whose contributions are of lasting and major technical importance to the computer field and have propelled the information technology industry. The award, named after Alan M. Turing, the British mathematician considered to be one of the fathers of modern computer science, is regarded as the Nobel Prize of computer science. As a winner of the Award, Professor Yao’s profound contributions to the advancement of computer science and technology is widely recognized worldwide. ( http://www.acm.org/awards/taward.html)

Professor Yao was awarded the Turing Award in 2000, “in recognition of his fundamental contributions to the theory of computation, including the complexity-based theory of pseudorandom number generation, cryptography, and communication complexity”. His research activities are in the design of efficient computer algorithms, and complexity theories in emerging new areas of theoretical computer science, such as quantum communication and computing. A prolific scientist, Professor Yao has published over 100 articles in these areas and brought ground-breaking developments to computer science.

A world-leading computer scientist, Professor Yao has received numerous honours and awards. Before the Turing Award, he had won two prestigious awards: the George Polya Prize and the first Donald E. Knuth Prize. He received an Honorary Doctor of Science degree from City University of Hong Kong in 2003, and an Honorary Doctor of Engineering degree from Hong Kong University of Science and Technology in 2004. Professor Yao is a member of the US Academy of Sciences, a Fellow of the American Academy of Arts and Sciences, and a member of Academia Sinica in Taipei. He was recently elected a foreign fellow of the Chinese Academy of Sciences.