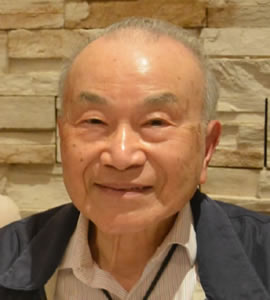 Professor Chen Tien Chi is Emeritus Professor in Computer Science and Engineering and an Honorary Fellow of The Chinese University of Hong Kong.

Professor Chen obtained the degree of Doctor of Philosophy in Physics from Duke University in USA in 1957. Since then he joined IBM in the United States and had rendered over two decades of outstanding service. In 1979, Professor Chen joined the Chinese University’s Department of Electronics as Visiting Professor, and took up positions as Professor of Computer Science and Electronics and Chairman of the Department of Computer Science. From 1980 to 1988, he became Head of United College of the University.

A prominent figure in computer research, development and application, Professor Chen is a highly respected member in the professional field. He is Fellow of the Institute for Electrical and Electronics Engineers (IEEE), member of the Chinese Language Computer Society and the American Physical Society. In addition, Professor Chen has won numerous accolades for his outstanding contributions. He was awarded the Centennial Medal of IEEE, two IBM Outstanding Contribution Awards and five IBM Invention Achievements Awards.