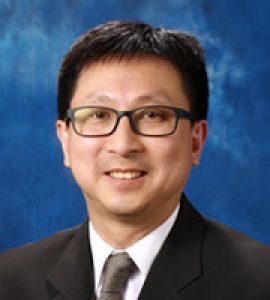 Jimmy Lee graduated on the Dean’s Honours List with an Honours BMath degree, majoring both in Applied Mathematics and Computer Science, from the University of Waterloo, Canada, in 1987. He received his MMath degree in Computer Science in 1988 also from Waterloo. Jimmy then moved to the University of Victoria, Canada, and completed his doctoral studies in 1992 under the supervision of Maarten van Emden in the area of constraint logic programming. During his graduate studies, he was involved in research projects funded by IBM (Canada) and the Canadian Institute of Robotics and Intelligent Systems. Upon graduation, Jimmy returned to Hong Kong and joined The Chinese University of Hong Kong, where he is now Associate Director of the University Planning Office, Associate Head of the New Asia College, Professor in the Department of Computer Science and Engineering and Professor (by courtesy) in the Department of Systems Engineering and Engineering Management. He is currently a member of the Board of Trustees, New Asia College, and was a member of The Council, CUHK during 2019-22. In his past life, he was Associate Dean (Education) during 2019-21 and Assistant Dean (Education) during 2018-19 of the Faculty of Engineering, Graduate Division Head of Financial Technology during 2019-21, Graduate Division Head of Computer Science during 2008-11, and was in charge of the Department’s curricula and Teaching and Learning matters during 2011-14 to look after the transition to the 334-curriculum.